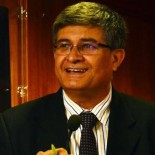 Let us make the space we share better and bring the change we desire. Author is Indian Muslim, a Public Figure, Social Activist, Blogger and Media Personality. On mission to build a givers world rather than takers.

The Hindu’s RTI query shows that Mann Ki Baat was a big draw on Dec. 14, 2014, when 5,972 letters were received. Since then, the numbers have been falling.

The letters to Post Box no. 111, All India Radio, have been showing a steady decline in numbers. Ten months since Prime Minister Narendra Modi went on air with his Mann Ki Baat, billed as a must-listen AIR broadcast, letters that help measure audience engagement with his address to the nation are fewer now.

The Hindu filed a request under the Right to Information Act for details of the response to the programme on July 20. The information sought was solely from AIR and did not count online responses. The reply shows that Mann Ki Baat was a big draw on December 14, 2014, when 5,972 letters were received. Since then, the numbers have been falling.

Then came January 27, when U.S. President Barack Obama and Mr. Modi took the mike, the first time an American President and Indian Prime Minister had done so in AIR’s history. As many as 4,819 letters were received for that broadcast.

But after these highs, the numbers have gone down. The address on July 26, to mark Kargil Divas, received 993 letters. Officials said the programme remains popular, they were unable to explain the decline.

Most of the letters are from Uttar Pradesh — nearly 910 were received on December 14, 2014. Maharashtra is next. Mr. Modi’s home State, Gujarat, has not been enthusiastic.

No efforts are spared in publicising Mann Ki Baat days in advance on MyGov.in, Mr. Modi’s initiative to reach out to people, seeking their suggestions. Nearly 430 suggestions have been received on the website even as this report goes to press. The website describes Mann Ki Baat in the following words: “It is a unique initiative of the Prime Minister Shri Narendra Modi to reach the masses across the country through the radio. The Prime Minister through his address on the radio aims to connect with the common man on regular basis and inform them about the initiatives of the government and also seeks the support of the common man in nation building and governance.”

Another exercise that the AIR undertakes is a snap poll after the broadcast of Mann Ki Baat asking 100 respondents, 50 each in urban and rural areas, if they listen to the programme.

The letters are personal ones, often highlighting the problems of the common man. A farmer from Madhya Pradesh writes on drought-like conditions in his village and seeks the Prime Minister’s intervention. Another complains that legislators in Rajasthan are shirking work and wants Mr. Modi to intervene.

A dedicated team of six works round the clock. Their job is to record Mr. Modi’s address to the nation. The team then transcribes it and sends transcripts to the Press Information Bureau for dissemination. The team keeps a close watch on the letters received after each address and marks them to the Prime Minister’s Office. All letters are sent to the Prime Minister. The AIR advertises Mann Ki Baat every day, once every two hours, asking listeners to send their suggestions. Despite such efforts, letter writing seems to be on the wane.

Though the government has not issued a diktat to private channels, all radio channels, including FM channels, broadcast the programme.